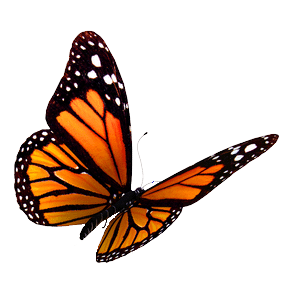 The Greek word for the soul is Psyche (pronounced “Sigh-key”). In ancient Greece, the soul was personified as a butterfly and the word Psyche can be literally interpreted as “spirit, breath, life or animating force”. The Psyche is the element within a living being that gives them life and personality and continues “to breathe” even after leaving the body.

I chose this name and butterfly image because when you and I work together to create a piece of cremation jewelry, we’re really giving the memory of your loved one’s Psyche a physical manifestation in the world. We’re creating a beautiful piece of art with their physical cremains that enhances their continuing felt presence in your life.

The Psyche is the element within a living being that gives them life and personality and continues “to breathe” even after leaving the body.

“The Greek name for a butterfly is Psyche, and the same word means the soul. There is no illustration of the immortality of the soul so striking and beautiful as the butterfly, bursting on brilliant wings from the tomb in which it has lain, after a dull, grovelling, caterpillar existence, to flutter in the blaze of day and feed on the most fragrant and delicate productions of the spring. Psyche, then, is the human soul, which is purified by sufferings and misfortunes, and is thus prepared for the enjoyment of true and pure happiness.”

Bulfinch’s Greek and Roman Mythology: The Age of Fable p. 71

“Psyche, a mortal woman, was released from death by Zeus, the father of the gods, who took pity on her and granted her immortality. Psyche’s mythological imagery in ancient art is represented with butterfly wings, amply depicted in pottery as well. Freed from death, the body of the soul could fly freely, soaring, departing from the shackles of the chrysalis. Further, in a sarcophagus found in Patras, two children are shown holding a chrysalis, perhaps to depict the funerary character of the scene.”

The story of Psyche and Eros

The Myth of Psyche

Mark,
I received my Rocky blue swirly pendant today.  It’s one of the most beautiful things I’ve ever seen in my life.  Thank you SO much for your wonderful work, and for returning the remaining ashes to me too. I appreciate your business, kindness and wonderful artwork.
Thank you once again!!!
Kim Schnurbush